Anatase is one of the structural forms or polymorphs of titanium dioxide (TiO2). Although Wikipedia states that there are three forms titanium oxide can occur in - brookite, rutile, and anatase [1], Mindat.org [2] adds two further forms: akaogiite, and "TiO2 II" which are recently discovered forms that have been found in meteoritic impact structures. [3] Anatase is the rarest of the three main forms, rutile being the most common. [4] 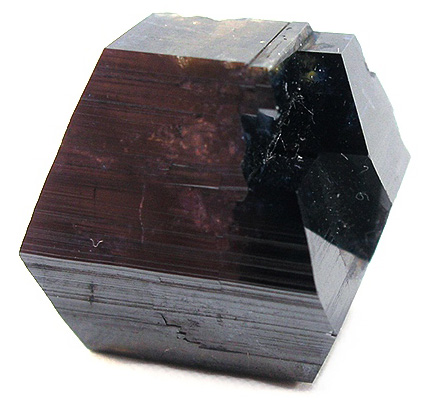 Anatase derives its name from the Greek word anatasis, meaning "extension" or "elongation" - and this refers to the distinctive, steeply elongated "tetragonal dipyramidal" shape that anatase crystals often form. The pyramids sometimes come to a point and sometimes are "truncated" as in the second image. The other common form anatase takes has a flatter pyramid or prismatic shape. An earlier name for anatase is octahedrite, and other obsolete names are oisanite and dauphinite. [1]

Anatase has been made in the laboratory, and it has some unusual and interesting properties which are of scientific and industrial use. It is possible to make anatase into inorganic nanotubes.

Also, anatase, more than the other forms of titanium oxide, is a photocatalyst under ultraviolet light [5] and can be used in water electrolysis, ethylene or methane production. [6].

Anatase is a widespread mineral occuring in many place around the world - including Colorado USA, England, Austria, Brazil, France, Pakistan and Switzerland. [4] . As can be seen in the third image it is sometimes found associated with quartz. It may also be found in association with other minerals including rutile, apatite, feldspar, hematite and calcite. [4]

Anatase forms crystals that vary widely in color - often in varying shades of brown but also indigo, black, pale green, yellow, lilac and gray. [7] It can sometimes occur in transparent / translucent form, and as can be seen in the uppermost image, has been cut as a gemstone. It is relatively soft, having a hardness of 5.5-6 (Mohs) and so is more typically the domain of mineral collectors than jewelers. If anatase is heated above 915ºC, it changes into rutile. [1]

The earliest historical mention of anatase I can find is in William Phillips' 1816 Elementary Introduction to the Knowledge of Mineralogy. Phillips references Hauy (1743-1822) and states that anatase had been found in granites in Bavaria, Norway, Switzerland and France. [8] 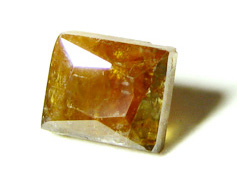 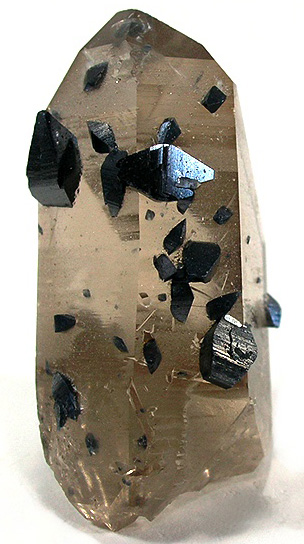 Anatase
Anatase crystals up to 7.5mm on quartz. From Norway.
Photo by Rob Lavinsky, iRocks.com - image lic. under CC-BY-SA-3.0

Please feel free to link to this page - copy / paste the text below:
(click to select)