Sphene (also called Titanite) is a fairly uncommon calcium titanium nesosilicate mineral with the chemical formula CaTiSiO5. Although titanite is the name that has been officially adopted by mineralogists, sphene is still in common use as the name for the gemstones. The name sphene derives from the Greek sphenos, which means "wedge" and this refers to the crystal shape. [1] 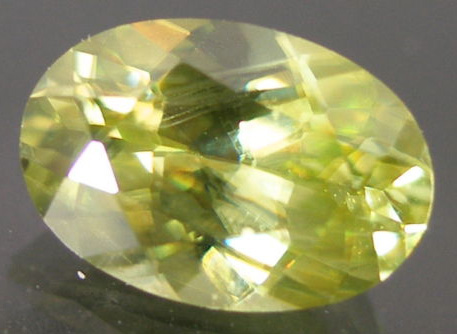 Sphene gemstones are typically thought of as green, and this is the most common color. However, sphene can occur in other colors, such as red, pink, reddish-brown, grey or black, depending on the presence of other minerals. Pink or red sphene is also known, curiously, as greenovite. Sphene can be color-changed to red or orange by heat treatment. [2]

A major reason for sphene's attraction as a gemstone is its unusual optical qualities. One of sphene's most striking qualities is its high refractive index of 1.885-1.990 to 1.915-2.050. It has high dispersion (ability to split light into rainbow colors) and when well-cut, sphene can exhibit greater fire than diamond.

Sphene also has a strong birefringence, which means that light passing through the stone is split into two rays. Sphene is also moderately to strongly trichroic - meaning that it will exhibit color change when viewed at different angles. The color change is in the range of red, yellow and green. [3] The more transparent stones will show stronger color change, and the colors seen are - and will vary depending on the original color of the stone. [4]

Extra care must be taken with sphene gemstones as sphene is not particularly hard (5-5.5 Mohs) and could be damaged by rough treatment.

Sphene can vary widely in price as a cut gemstone. Prices (Feb 2011) can range from $10-$100 per carat for small stones, but larger sphenes are less common and it's possible for a sphene over 10 carats, with strong brilliance and fire, to reach $400 per carat. $200 per carat is not that uncommon. Better sphenes appear to be more "full of light", fire and clarity; almost as if the light is somehow magically emanating from the stone. Lesser stones will have more "cloudiness", will seem dull and much less lively by comparison.

The most valuable color of sphene is considered to the the "chromium green". Iron and aluminum impurities are often present; also rare earth elements including cerium and yttrium. [4] Yellow sphene may also contain didymium, which is actually not one element but a combination of praseodymium and neodymium. [2] Some sphene contains thorium, a radioactive element - and may have suffered internal structural damage as a result of this. [4] This process of gradual destruction of a mineral by radiation over long periods of time is called metamictization - and is also sometimes seen in zircon [7] . 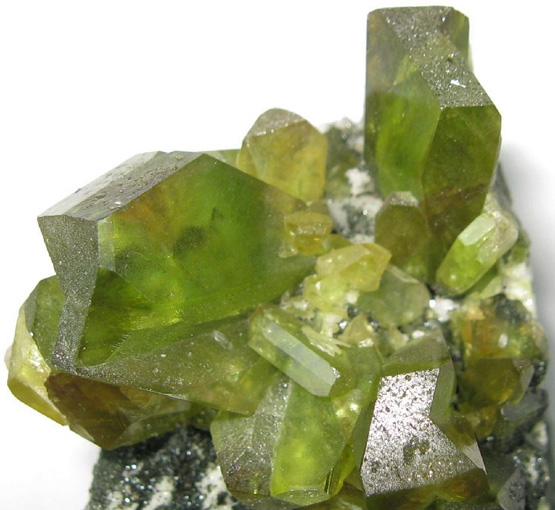