Iolite is a magnesium aluminosilicate mineral. It has the chemical formula (Mg,Fe)2Al4Si5O18. Iolite is called cordierite by mineralogists and the name iolite specifically refers to gem quality cordierite. The word "iolite" derives from the Greek for "violet" and iolite gemstones are typically blue-violet. [1] Their color is somewhat similar to that of sapphire, but paler; and this led to iolite being nicknamed "water sapphire". [2] 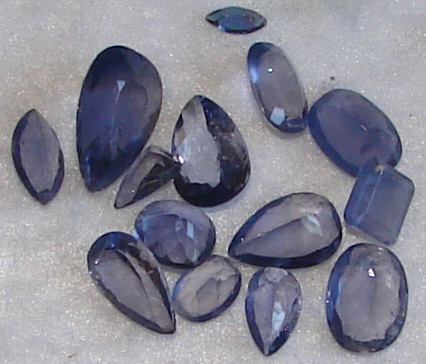 Iolite is strongly pleochroic; meaning that it displays different colors depending on the angle at which the stone is viewed. Iolite can display three different colors when viewed from different directions - blue-violet, yellow, and pale blue-clear. Iolite was once called dichroite, a name derived from the Greek for "two-colored". [1]

An interesting result of iolite's pleochroism is that it is possible to determine the direction of the sun on an overcast day using iolite, by virtue of its ability to distinguish the direction of polarization of light. For this reason, iolite has also been nicknamed "Viking's Compass": There's an old legend that the Vikings and other seafarers of ancient times had a "gem compass" - and that they may have used thin slices of iolite as lenses which aided navigation. [1] Other pleochroic gemstones include kunzite, andalusite and tanzanite. Iolite is sometimes confused with tanzanite, which generally has more intense color. [2]

Iolite's pleochroism creates an additional challenge for the gem cutter: The stone must be aligned when faceted in the direction which shows the best color when viewed from above. Also, iolites of larger sizes may sometimes have too dark a color to make the best gemstones. [3]

As can be seen from the images, iolite is sometimes faceted into gemstones. It has a hardness of 7-7.5 (Mohs), similar to that of quartz; though softer than sapphire, for which it is sometimes substituted. It is said that iolite should be protected against impacts. [4]

Gem quality iolite is not uncommon and hence relatively inexpensive - and looking around online (Sept 2010) I can see faceted iolite gemstones between 1 and 2 carats ranging between $13 and $90. Fine iolite gemstones above 5 carats however are rare.

Iolite was also called dichroite by Hauy, iolith by Werner (1808), and in other old texts is sometimes seen written as yolite. A dark, smoky or greyish blue colored variety of iolite was once called peliom or pelioma, though this name appears to have fallen into obscurity. [5]

At the time of writing, iolite was erroneously recorded in Wikipedia as having been discovered in 1813: This notion is rapidly kicked into touch when one learns that Sir John Hill wrote in 1758 a "History of the Iolithos or Violet Stone"! It turns out that the name Cordierite was attributed to the stone in 1813 after the French geologist Cordier. [6] 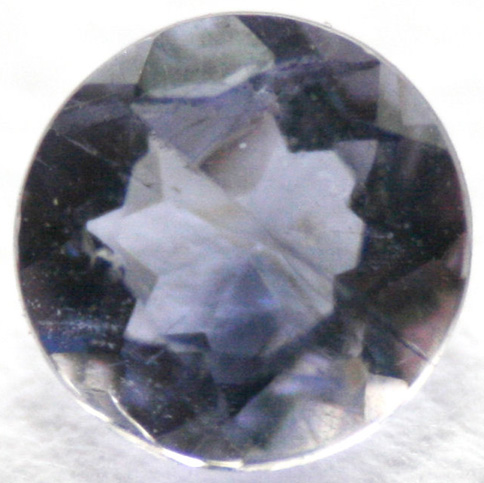 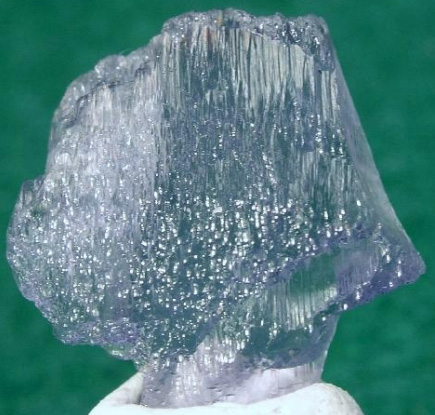 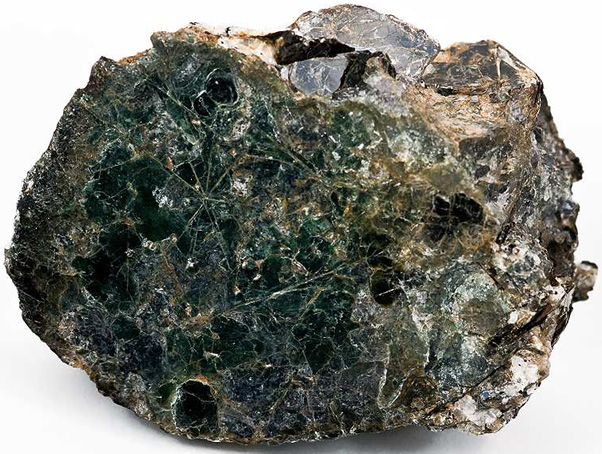