Andradite is a type of calcium garnet. [1] It can come in different varieties - including demantoid (green - containing chromium impurities), melanite (opaque black - containing titanium), topazolite (yellow-green) and, rarely, in red as seen in the top photo. 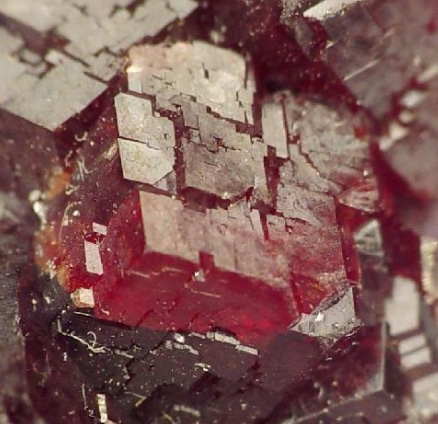 Andradite was discovered in Norway in 1868 and named after J.B. d'Andrada e Silva (1763-1838), the famous Brazilian geologist and statesman. [2] As can be seen from the images, andradite can grow in a variety of fascinating shapes and forms - and andradites are sometimes faceted into gemstones.

Andradite is considered possibly to be the rarest of the garnets, but is nevertheless still widespread - and has been found in Italy, Romania, Switzerland, Norway, Russia, California, Arizona, Alaska, Mexico and the Ukraine. It is a nesosilicate of the garnet group, which also includes pyrope, almandine, spessartine, grossular, uvarovite and hydrogrossular. [3]

Andradite has the chemical formula Ca3Fe2(SiO4)3 and a hardness of 6.5-7 on the Mohs scale. There are numerous other calcium garnets - including hibschite, katoite, grossular, uvarovite, kerimasite and calderite. These typically have another element or elements instead of the iron of andradite (for example, grossular has aluminium; calderite has manganese, iron and aluminum.)[4]

Andradite has the highest luster (aka. "lustre"- UK spelling) of all the garnets. It can occur in granular or massive form as well as in crystal, and crystals often take the form of dodecahedra or trapezohedra, or of complex and interesting-looking combinations of these shapes - as can be seen in the images below. [4]

Andradite comes in four varieties: Demantoid, which is green and transparent; Topazolite which is lemon yellow to yellow-green; Melanite - the black opaque variety as seen the image below and Schloromite, a titanium-rich variety that is classified as a separate mineral. The Demantoid variety is considered the most valuable by gemstone aficionados. Garnets are isomorphous, meaning that they have the same mineral structure only with different elements substituted in certain positions. For example, grossular has aluminium instead of iron; uvarovite has chromium. Different garnet species may sometimes occur together.[5]

Andradite is typically found with grossular [6], and also commonly found in association with several other minerals, including epidote, spinel and calcite. [7]

Andradite has qualities which lend themselves well towards the creation of gemstones: It has a higher dispersion (separation of light into prismatic colors) than diamond, decent hardness and a high refractive index. [6] 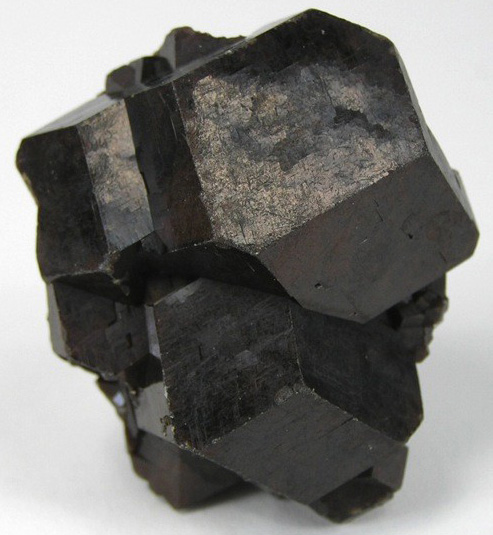 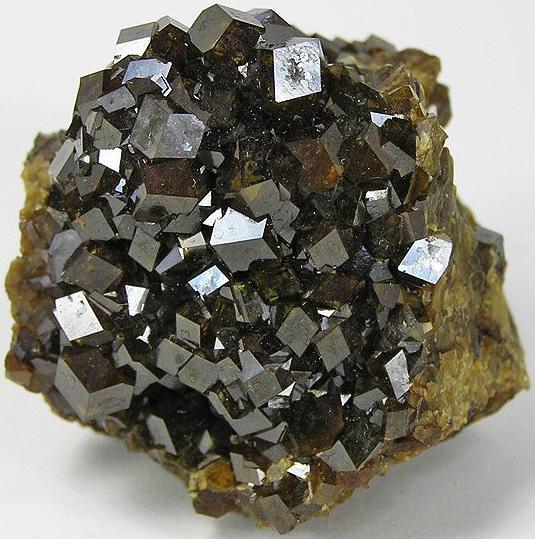 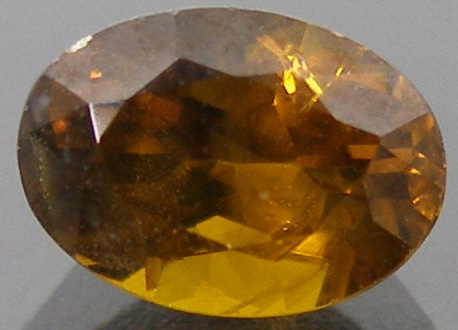