Apatite is the name given to a group of minerals that includes hydroxyapatite (aka hydroxylapatite), fluorapatite (aka fluoroapatite), chlorapatite, moroxite, strontium-apatite and bromapatite. [1] 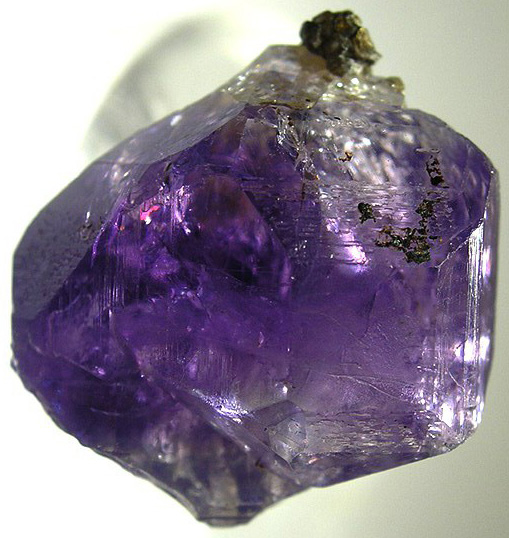 It derives its name from the Greek "apatein", which means "to mislead". This name was given to the stone because apatite is easily confused with certain other minerals such as olivine, peridot and beryl. Apatite is most commonly green but can also be yellow, blue, red-brown or purple.[2]

Apatite is unusual in that it is one of a small number of minerals that are "produced and used by biological micro-environmental systems". Hydroxylapatite is the principal component of bone, and of tooth enamel. It was discovered that fluorapatite has greater resistance to acid attack than hydroxylapatite, and this is the reason why fluoride in toothpaste and water is considered good for teeth; an exchange is said to take place between fluoride ions and the hydroxyl groups, leaving the tooth enamel with the more decay-reistant formula.[3]

The world's main use of apatite is not as a gem stone - but as a source of phosphorus in fertilizer manfacture. Apatite is not commonly used as a gemstone, partly owing to its relative softness (5 on the Mohs scale) - but transparent stones can sometimes be found, and these have been faceted. Some apatites display the quality of chatoyance, an optical phenomenon caused by varying reflectivity in fibrous rutile structures within the stone. [3] Chatoyance is most commonly known from the stone tiger's eye. Like many other types of chatoyant gemstone, chatoyant apatites, known as "cat's eye apatites", are typically cut en cabochon in order to best display the effect. [4] 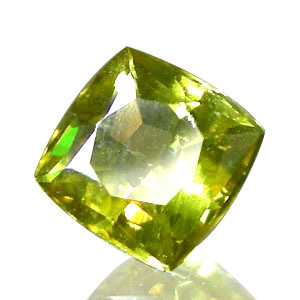