Bytownite is an uncommon type of plagioclase feldspar. The plagioclase minerals are a series which range from CaAl2Si2O8 (anorthite - calcium aluminium silicate) to NaAlSi3O8 (albite - sodium aluminium silicate). Variations in the propotions of calcium and sodium / anorthite and albite will determine the identification of the plagioclase; the intermediary members of the series are oligoclase, andesine, labradorite and bytownite - which contains 10-30% albite and 70-90% anorthite.[1] [2] 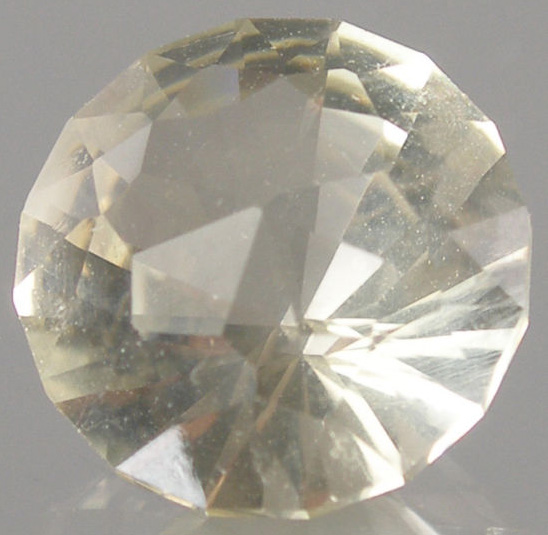 Bytownite has something of an obscure, minor mystery associated with it: The stone was said to have first been found "in a boulder near Bytown" (Ottawa, Canada) but the original source's location has been lost. [3]

The earliest historical mention of the mineral I can find, is in Volume 28 of the American Journal of Science, 1835, which lists the minutes of the Lyceum of Natural History, New York, mentioning that the "new mineral" Bytownite was named by Dr. Thomson of Glasgow, and presented to that society on July 14th, 1834 by Dr. Holmes of Montreal. [4]

Bytownite is often found associated with pyroxenes and olivine, and has been found in Canada (Ottawa, Ontario, Quebec), Scotland, Cumberland (England), Norway, Western Australia, Madagascar, Germany and several locations in the USA.

It's said by gem cutters that bytownite is an easy gemstone to cut and yields a brilliant stone; typically in the pale yellow to light brown spectrum of color. Sometimes these stones can contain schiller-like silken strands. [5]

Although uncommon in crystalline form, Bytownite appears to be relatively inexpensive, and a flawless rough of 125 carats has been sighted online for sale at around $50. (January 2011) [5] A Mexican Bytownite variety has been marketed using the trademarked name "Golden Sunstone" but this should not be confused with actual sunstone, which is something different. 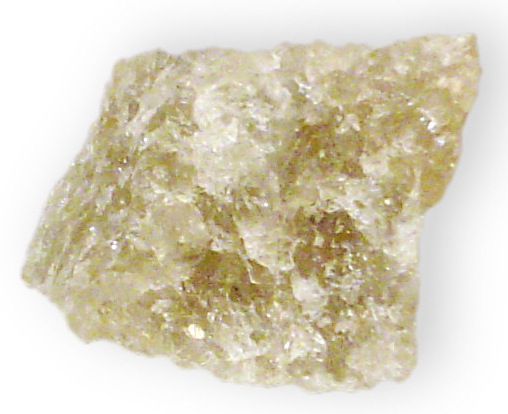