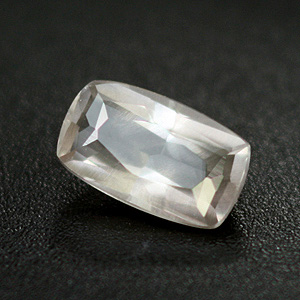 Sillimanite was named in the late 19th century after the noted and erudite American mineralogist Benjamin Silliman (1779 - 1864). It is also called fibrolite because of its tendency to appear fibrous.

Sillimanite has a hardness of 6-7 (Mohs) and crystallizes in the orthorhombic crystal system. The pure mineral is clear / white - but if impurities / inclusions are present it can occur in a range of colors, including grey, yellow, green, blue and violet . [3]

Silimanite is often found rounded at the edges, as with the example in the third image. It is sometimes cut into gemstones and has perfect cleavage.

Sillimanite is also sometimes seen in chatoyant (cat's eye) and star (asterism) varieties - and these are typically cut en cabochon in order to display the visual effect. Star sillimanite typically has a four-rayed star [3] but rarely, eight-rayed star sillimanite may be seen for sale. Some other examples of stones that can display these phenomena are chrysoberyl (chatoyance) and star sapphire (asterism). Asterism is typically caused by the presence of fine "hairs" of rutile within the stone, aligned along the planes of crystallization - however it may also be caused by other minerals and in the case of sillimanite, the principal mineral in the inclusions was found to be ilmenite. [4]

Sillimanite is the rarest of three minerals in the "sillimanite group" - the others being kyanite and andalusite. Sillimanite has been found in association with kyanite, andalusite, quartz, garnets, biotite, and feldspars.[5]

Although sillimanite is sometimes used to make gemstones, most of the material found is not transparent . The vast majority (around 90%) of silimanite group minerals used, goes to industry for the creation of refractories (high-temperature crucibles) for the metals (mainly steel) and glass industries. Sillimanite group minerals are also used for other ceramics (such as those used in spark plugs), abrasives and non-slip flooring.[6]

Silimanite deposits occur worldwide and it has been found in South Africa, USA, France, India, China, Australia, Zimbabwe [5], Burma (Myanmar), France and other places. [7] Sillimanite is the official state mineral of Delaware, USA. [8]

Silimanite gemstones can be inexpensive and stones of lesser quality, in particular chatoyant sillimanite cabochons of a few carats, can be picked up for a few dollars. However, faceted stones are more expensive - sillimanite is difficult to facet and clean material is uncommon. One example I have seen is a 36 carat yellow-green oval cut sillimanite of good clarity (VVS-1) , priced at $50 per carat. Prices may reach $80 per carat or more for the best stones. 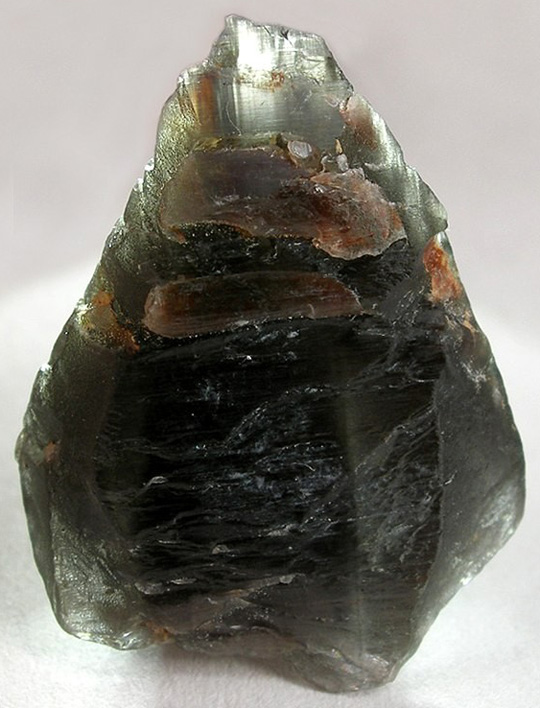 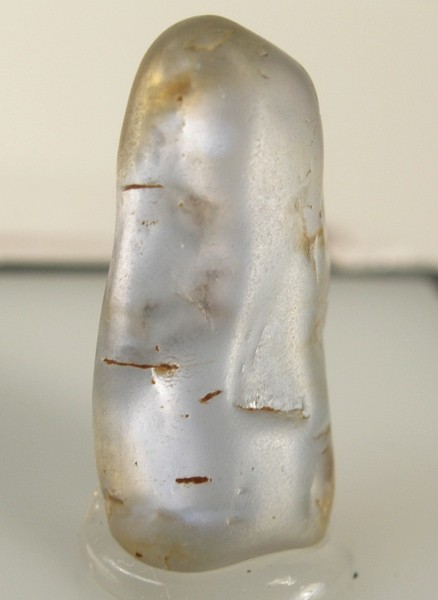