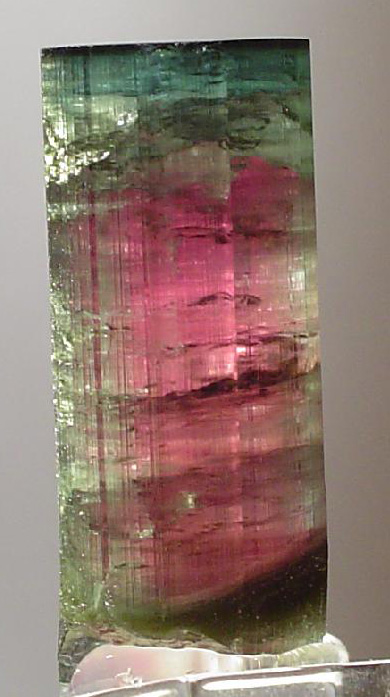 High grade gem-quality watermelon tourmaline can fetch high prices - and the best faceted watermelon tourmaline gemstones can fetch prices of $500-$1,000 per carat or more. Most of these stones are in the 1-10 carat range, however larger stones can sometimes be found. Such prices are for stones in the "upper echelon" - and there is much material available in the $20-$100 per carat range.

Of course, there is also much "uber-cheap" material out there, and as with other gemstone varieties, a quick scan of eBay reveals lower-grade and even clear material priced as low as $1 per carat. Many of the cheap-but-clear stones' sales pages include statements that the gems have been treated - and therefore in such cases, all is as it should be. Treatments may however not be disclosed - but it is of course not appropriate for this website to make statements regarding the authenticity of unexamined stones, and the buyer must do his or her own due diligence. In general, it is worth reflecting on the adage that one gets what one pays for. There is of course disparity in gemstone markets, but only true expertise in identifying stones will enable this scenario to be worked profitably.

Watermelon tourmaline seems to have first been named in the 20th century: The earliest reference to it I can find on Google Books comes from Philip Laurence Buttrick's 1930 "Public and semi-public lands of Connecticut" which mentions it briefly. Although the name is recent, this tourmaline variety was known since at least the 19th century: G.F. Kunz - in his 1905 "Gems, Jeweler's Materials, and Ornamental Stones of California" he describes an 1893 find of tourmaline from Riverside County, California. He states: "In some cases, the green crystals were found to have red centers - a type long known from Brazil... Elegant specimens were made by cutting and polishing several sections across the prism, in some of the large crystals of this type, showing the rich green exterior, then a narrow zone of white, and within that the red central portion - a beautiful contrast of colors, recalling a slice from a watermelon. Some of these were as much as three inches in diameter." [5] 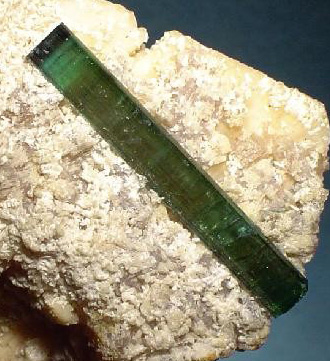 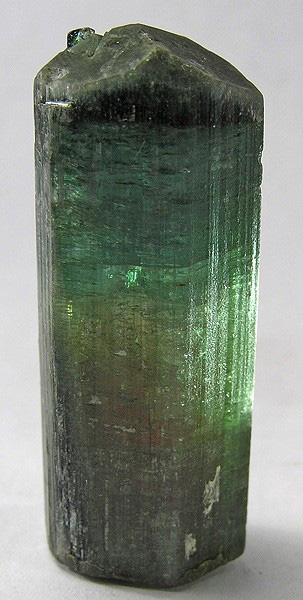