Rose Quartz is a variety of quartz easily recognized from its pink color. It has the overall chemical formula of silicon dioxide, SiO2 - the same as regular quartz - but is generally believed to gain its pink coloration from traces of titanium, iron or manganese ions. [1] However, this idea has been challenged by recent research, which as suggested that the color of rose quartz may often be due to microscopic, fibrous inclusions of dumortierite or some related mineral. [2] It's interesting to note that even now, the chemistry of rose quartz is not completely understood, which is surprising for such a well known stone. 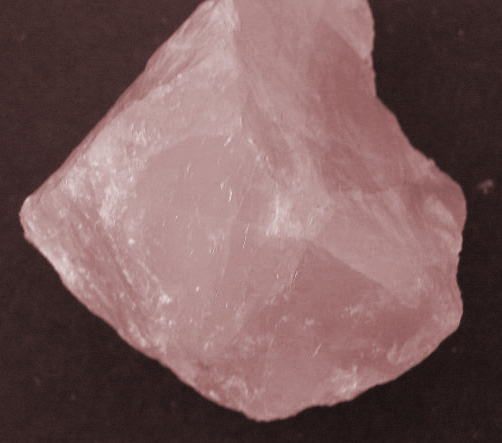 Rose quartz occurs in numerous locations in the USA, but has also been found in several other countries including Austria, Brazil, Gemany, Madagascar, South Africa and England. [2] The majority of rose quartz on the market comes from Minas Gerais [1], a state in Brazil renowned for its gem mines which have also produced a wide range of other gemstones including diamond, emerald, topaz, aquamarine and sapphire. [3]

Some rose quartz has very small needles of rutile in it which can lead to a form of asterism - the ability to see a "star of light" within a rose quartz cabochon. Unlike the asterism seen in star sapphire or star ruby however, the asterism in this variety of rose quartz is best seen with the light shining through the stone, as opposed to above it. [4] In rose quartz the asterism is six-rayed. [5]

Rose quartz can occur as crystals but these are uncommon and are named pink quartz as opposed to rose quartz. [1] Rose quartz is most often seen in the form of massive - often in sizable chunks of pure rose quartz stone. As it is by nature cloudy and very brittle, rose quartz is not as commonly faceted into gems, but is often carved into shapes - especially heart-shaped stones, spheres, cabochons, statuettes and obelisks.

Rose quartz has been nicknamed the "Shaman's Pillow" and this is indicative of both the size of specimens that have been found, and of its status in folklore as a stone with healing qualities and one that brings restfulness, as well as clarity to dreams and visions. However, in modern times it is more commonly associated in folklore with love and affairs of the heart. It has a long history of use, and Assyrian rose quartz jewelry dating back to 600-800 BC has been found. The Romans used rose quartz to make seals. Rose quartz beads have also been found in Mesopotamia which date back to around 7000 BC.[6]

Rose quartz is said to be prone to fading if subjected to prolonged exposure to sunlight. [5] 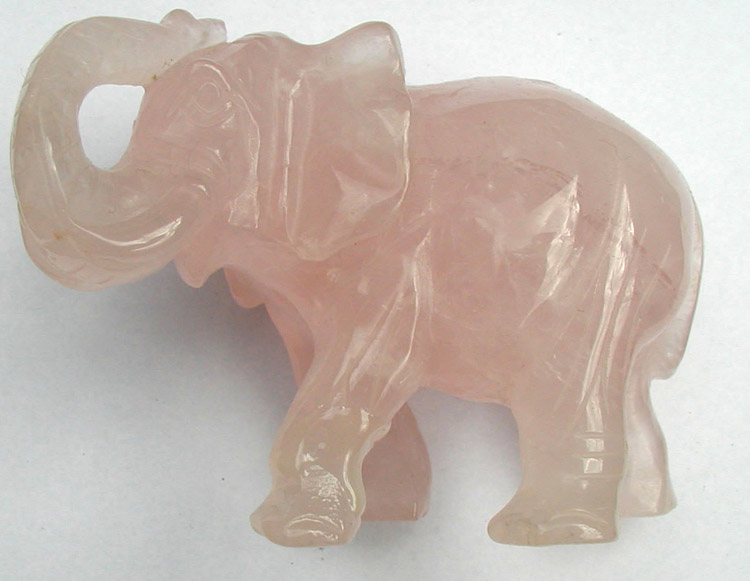