Serpentine is the name given to a group of phyllosilicate minerals with the chemical formula (Mg, Fe)3Si2O5(OH)4. The serpentine group contains over 20 mineral varieties, which are very often mixed in one stone; and although these varieties are generally polymorphous (having the same chemical formula but different crystalline structure) these may also contain varying amounts of other elements - including chromium, manganese, cobalt and nickel. [1] [2] 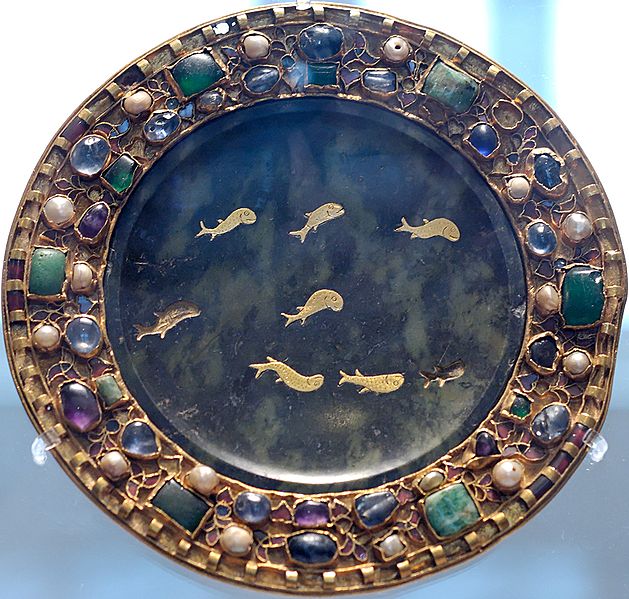 Serpentine
1st century dish made of serpentine, inlaid with gold, gems and other stones.

Serpentine is a stone with an illustrious past - and it was widely used as a decorative stone in ancient times. Serpentines occur worldwide and have commonly used for jewelry and hardstone carving for centuries by a wide variety of cultures and peoples - including the ancient Assyrians, Romans, Afghans and the Maori of New Zealand.

Some of the better quality serpentine stones, of the antigorite variety, have been used to imitate jade and have been given names such as "Styrian Jade" - which can be misleading as serpentine is not true jade. [1]

Other nicknames that have been used for serpentine are "Teton Jade", "Suzhou Jade", and "New Jade". It is also importat to note that such stones are often dyed in order to make them resemble jade more closely. [1] Some of the best quality serpentine has been difficult to distinguish from true jade. [2]

Bowenite is a variety of serpentine that is harder than other types (5.5 Mohs) - and for this reason, as well as its apple-green coloration, that it is commonly preferred for use in carving and jewellery.

The use of the term serpentine as applied to this rock is certainly ancient. The Royal Society of London's 1705 Philosophical Transactions, describing finds from a 1685 excavation of ancient remains in France, states The Stone was of a Dark Green Colour, which the Lapidaries call, Oriental Serpentine. [4]

However Nathan Bailey's 1675 An Universal Etymological English Dictionary gives an entirely different origin of the name of the stone: Serpentine... - a greenish sort of Marble speckled with Black, plentifully found in the North East Parts of Germany; it turns very well in a Lathe, and has its Name from a Virtue attributed to it, viz. that it detects Poison by changing its Colour, if any be poured upon it, or into any Vessel made of it. [5]

Turning to George F. Kunz's 1913 The Curious Lore Of Precious Stones, (p.108) we find that a pebble of green serpentine was believed in old Italian folklore to offer protection against the bites of venomous creatures. Whether or not this lore derived from the name already given to the stone, is not said.

Serpentine was one of the materials used to make cylinder-seals by the ancient Sumerians, Akkadians, Assyrians and Babylonians - and numerous examples can be seen in pictures online, dating back to at least 2,500 BC. Ancient cylinder seals were also made from many other types of stone, including magnesite, steatite and hematite. 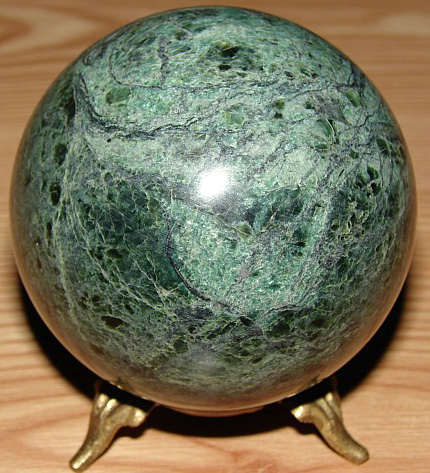