Zoisite is a mineral of the epidote group. It has the chemical formula Ca2Al3(SiO4)(Si2O7)O(OH). It was named after the scientist Baron Sigmund Zois von Edelstein (1747-1819), who is accredited with its discovery. [1] 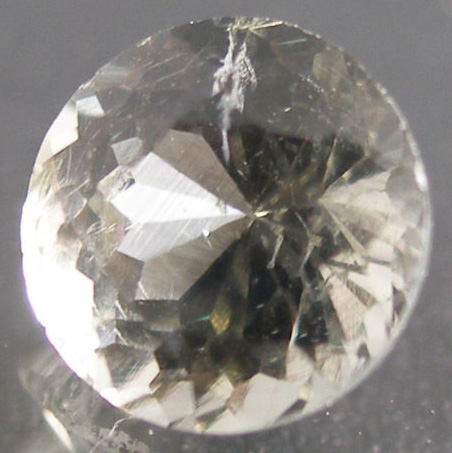 There are a number of types / subcategories of zoisite. The most famous zoisite variety is undoubtedly tanzanite, which is currently highly sought after on the gemstone market. Although most commonly associated with the rich deep blue / purple of the most prized specimens (and also of heat treated tanzanites!), tanzanite can also occur naturally in yellow or red-brown.

Blue-purple tanzanite gemstones can often appear "too pale" in small sizes, and the best colored stones are often seen in sizes over 5 carats - although large stones can sometimes appear quite dark. Richly color saturated blue-purple tanzanites of high clarity can fetch several hundred dollars per carat, even over $2000 / carat for the finest stones from the Tanzanian 'D-block' mines.

Another type of zoisite is a red-green-black multicolored variety, known as either ruby zoisite or anyolite [2]. Anyolite is not, it should be noted, pure zoisite - but is composed of green zoisite, black tschermakite, and ruby. [3] Like tanzanite, ruby zoisite is only found in Tanzania, and as it is most often opaque, it is typically cut into cabochons or carved into shapes.

Ruby zoisite objects are often very reasonably priced and I have seen cabochons of around 15 carats priced at around $3 per carat (Jan 2011). Ruby zoisite can be found in large pieces of several hundred carats - and these may be seen retailing at less than $1 per carat.

There is also a pink zoisite variety, thulite - which is colored by a substitution of up to 2% Manganese (Mn2+) ions which replace calcium ions in the structure. Thulite is also sometimes called rosaline. [4] [5] Pink zoisite is much less common - and can also fetch high prices, reaching over $2000 / carat for the best unheated gems with top clarity and color.

Zoisite has a hardness of 6-7 (Mohs) and an occur in a number of different colors. It has good cleavage in one direction only - lengthwise, and in addition to prismatic or tabular crystals, it can also occur in massive or granular habit. [3] Zoisite crystals are often striated, and in the prismatic form are four-sided - as can be seen in the second image below. 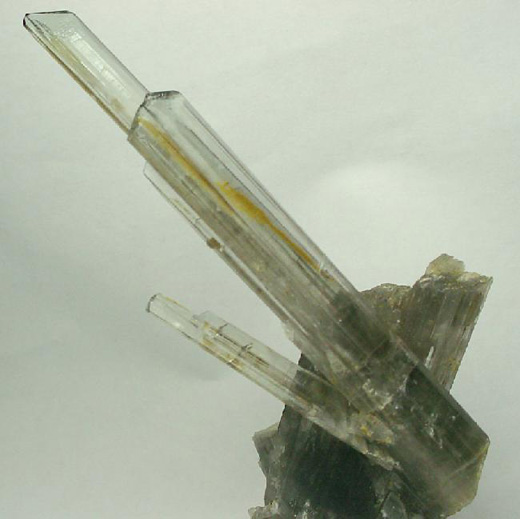