Jade was once considered to be one variety of ornamental stone. However, since 1863, when it was discovered that the name was inadvertently being applied two entirely different types of rock with similar characteristics - Jadeite and Nephrite - the term jade has continued in common use as a generic name for gems of either variety. Both Jadeite and Nephrite are considered to be "types of jade", and both are recognized as "true Jade". Jadeite is the more rare of the two. Jade is typically thought of as green but can occasionally come in a variety of colors. [1] 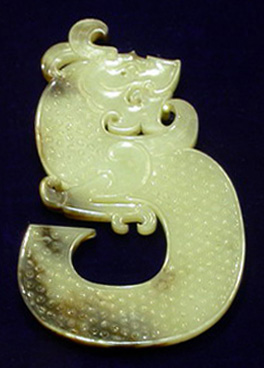 Jade is not a single crystal but is what's technically called a massive - a compact mass of microscopic crystals. Both varieties of jade are very tough, as well as hard* and lend themselves very well to carving and being made into ornamental objects as well as blades and axe-heads, which they were also historically used for. [2]

*(note - toughness and hardness are not the same thing, as far as the science of materials is concerned. For example, diamond, which is the hardest naturally occuring substance, is not very tough - it can be shattered with a hammer blow, despite the fact that it is hard enough to cut steel. ) [3] [4]

Jade has an illustrious past. For thousands of years it has been used in arts and jewelry making, and has often been carved into elegant and intricate forms. It was considered the "imperial gem" in ancient China and was revered as a powerful talisman. Carrying or wearing jade is still often belived to bring great fortune. In ancient Chinese dynasties, Jade was more valuable than gold or silver [2] and jade carving reached such pinnacles of astonishing craftsmanship that it could rightly be considered an artform in its own right. "Imperial Jade" has a rich emerald green color and this is caused by the presence of chromium ions. [1]

Many items are sold as jade that are not actually either nephrite or jadeite, the two varieties of "true jade". The buyer must beware! They may be getting serpentine, aventurine, quartz... or even just glass.

Another factor to be aware of is the possibility of "enhancement" to affect the stone's color and increase the transparency. Much jade is enhanced and there is even a grading system to denote which treatments have been applied to the stone. Heat, dye, chemical bleaches or acids may have been used to affect the color of jade, and it may have been impregnated with clear polymer resin to increase transparency. A scientific test such as infrared spectroscopy may be required to detect polymer impregnation. [2]

In folklore, jade was traditionally considered to be beneficial to the kidneys. This was the source of its name, which was derived from the Spanish "piedra de ijada", meaning "loin stone" - and it was regarded as being beneficial in this regard by the original natives of Meoamerica - the Mayas, Aztecs and Olmecs. The Latin name is lapis nephriticus, which was the source of the word nephrite. [2] [5] 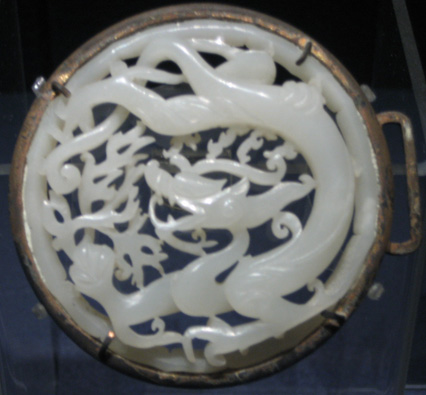 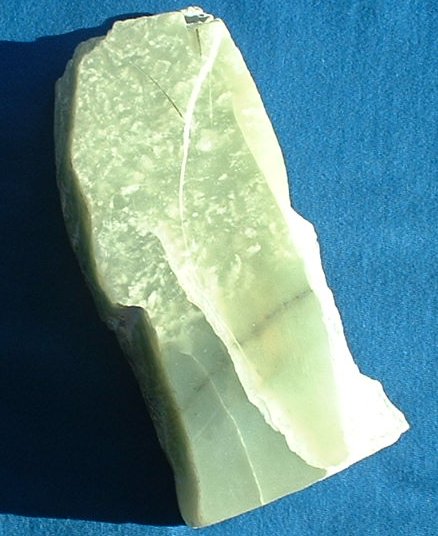 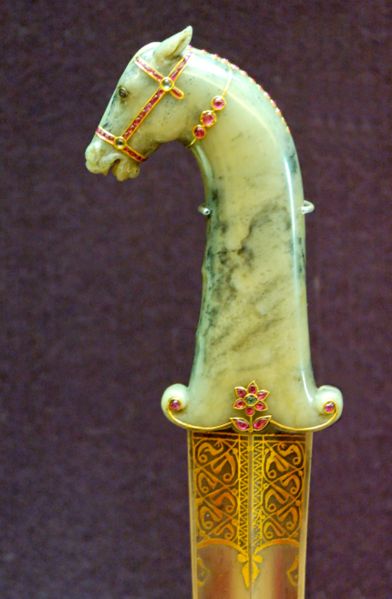